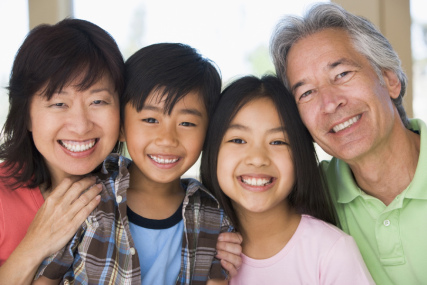 EB-1 Priority Workers receive 28.6 percent of the annual worldwide limit (about 40,000 visas). All Priority Workers must be the beneficiaries of an approved Form I-140, Immigrant Petition for Foreign Workers.

There are three sub-groups in this category:

*USAVCS focuses primarily on the EB- 1C subcategory, assisting foreign executives and managers that have been transferred to the U.S. obtain permanent resident status        (“green card”).

A specific employment-based immigrant preference category (EB-1C) was created for managers and executives who meet the L-1A non-immigrant standards and are interested in becoming lawful permanent residents. L1-A status is offered to those intercompany executive or managerial transferees that will be coming to the United States only temporarily.Therefore, the major difference between L-1A and EB-1C is the permanent nature of the EB-1C visa. Although L-1A status is not a prerequisite for immigrant benefits in this category, an immigrant petitioner will have a stronger case for the EB-1C immigrant category if they were in L-1A status prior. However, it is possible to apply for EB-1C status without ever having obtained L-1A status.

The EB-1C visa is a good way for small or start-up overseas companies to expand their business and services to the United States. This is advantageous to smaller companies because its allows for the transfer of a highly proficient manager or executive employee who has direct knowledge of the company’s operations, allowing the setup of a new branch in compliance with the goals and objectives of the company’s main office.

A multinational manager or executive is eligible for priority worker status if he or she has been employed at least one year (any time) in the preceding three years by the overseas affiliate, parent, subsidiary, or branch of the US employer and seeks to enter the U.S to continue service to that firm or organization in a managerial or executive capacity. The subsidiary can be a joint venture if there is equal control and veto power or can be less than one-half of ownership under certain circumstances. The one-year employment abroad must be continuous.

No labor certification but a job offer by the US company is required in this category. The petitioner must be a U.S. employer, doing business for at least one year, that is an affiliate, a subsidiary, or the same employer as the firm, corporation or other legal entity that employed the foreign national abroad.  However, there is no requirement that there be a qualifying relationship between the US and the foreign entity for one year at the time of the petition filing.

What About My Family?

The spouse and unmarried children under 21 of a multinational executive or manager can gain permanent residency based on the principal foreign national applicant’s petition.

To find out whether the EB-1C category is the right option for you, contact us today to schedule a consultation with one of our U.S. licensed Immigration lawyers.